If you have a spare five minutes today, can you please watch this sweet video about giraffes? I love it so much that I just want everyone else to watch it too! G-raffs are my favourite animal and this little video really made me laugh! I’d like to believe it’s real :)

I saw a Bangarra Dance Theatre performance this week. I love Bangarra and even though Blak isn’t the best one I’ve ever seen, it’s still worth going to. They are about to travel around the country so go if you can!

Sometimes when I watch contemporary dance, I kid myself that it’s same kind of thing that I do at home. I regularly make up dances for my husband which I’d like to think look kiiiiinnnd of Bangarra -esque.

I think if I just had a choreographer and other people to do the same moves at the same time, it could be quite something.  Although of course there is the small problem that my dance routines usually end with me on the floor in fits of giggle. (And I’m not fit enough either but whatever). 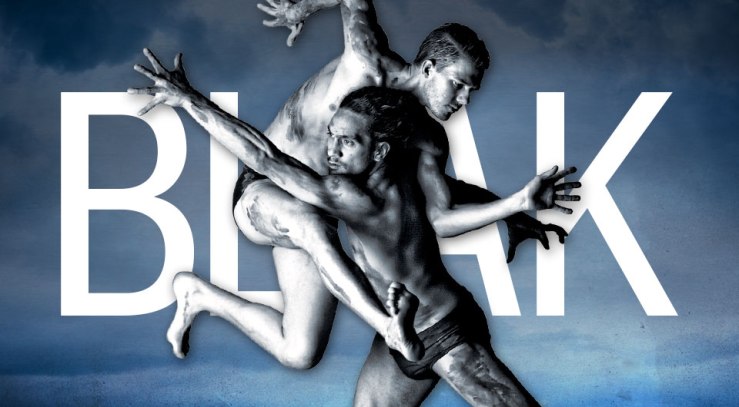 At the Sydney Film Festival a week or so ago I was moved by a beautiful documentary called Buckskin. It won the prize for best doco and it’ll be on ABC later in the year so please watch out for it.

It’s about Jack Buckskin, an indigenous Australian from Adelaide who is on a mission to renew Kaurna, one of the lost Aboriginal languages. Jack taught himself to speak Kaurna using old records that were kept by German missionaries. He is now the only person in the world fluent in the language. He’s teaching his little girl and also running classes for students and future language teachers.

Amongst a lot of really sad indigenous tales in this country, this story stuck out to me as positive and inspirational. At the festival we got to meet the young (20 year old!!) director who made the film after being given a tiny grant from the ABC. It was so touching and well put together.

And my favourite quote from the movie was from Jack’s uncle, who said that in his experience, people who have a strong sense of culture tend to walk through their lives in a more grounded way than others.

The second film I saw at the festival was a cute french movie called  Mood Indigo. It starred Audrey Tautou who is pretty much one of my top two girl crushes.

On the film festival website, this movie is described as follows:

“Colin and Chloe meet, fall in love and enter into an idyllic marriage. Then Chloe begins to suffer from a strange illness: a water lily begins to grow in her lungs. Colin is forced to spend all his money in an attempt to cure her, as the world around them begins to fall apart. A whimsical, magical and romantic tale, Mood Indigo is innovative and captivating.”

A water lily growing from her lungs? I mean it just had WTF written all over it. I had to go! And it was SO well made. Really abstract and quite melancholic too.

The doctor who realises Chloe has a water lily growing in her lungs decides that the only cure is for her to be surrounded by flowers. The film starts off with a really bright, cartoonish feel, but then as the tulips and roses wither, the aesthetic evolves into something darker.

I think it might be one of best movies I’ve seen in a long time and I cannot wait for it to come out on DVD.

So that’s what my eyeballs have been up to. Yours?

I don’t wear bangles or bracelets that often. But I think I could be convinced to display these fine pieces of arm candy:

Are you a bangle girl?

I’d love to open my fridge door now and find: 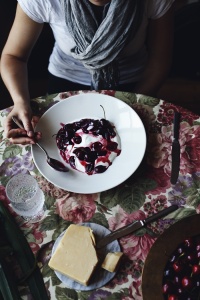 A bowl of each of these three soups, just waiting to be reheated.  The first one is Sweet Pea & Tarragon soup. My friend Amber once made me a tea cup full of chilled pea soup. I’ve always wanted to have that again and I think this recipe would do the trick.
I’ve been making both the scallop and cauliflower soup and the broccoli soup quite a lot lately. Both are delish! In the cauliflower soup recipe, I substitute the cream and milk for coconut milk.

In the sweet department, I would love to see a delicious cheesecake magically appear in my fridge. Preferably German style like Mel made for me once. Or the Bill Granger one that Kylie & Sheela have perfected. I’ve been feeling like cheesecake for weeks.

What do you wish you would find in your fridge if you opened the door right now?

Hi there friends and silent followers!

2)  If you’ve wondered why kids cover their eyes when hiding, then you’ll like this cute clarification.

3) Here’s an explanation about why people are adding butter to their coffee.

4) There’s some funny excerpts from Yoko Ono’s book here. I want to do the map challenge!

5) Most things on Brain Pickings are interesting. Maria Popova, who owns the site calls herself ‘an interestingness hunter-gatherer and curious mind at large’.

6) I have discovered Cabinet Magazine and I love it! Read about why shells sound like the sea, about the rise of cold storage and what it means for our food and also the history of tattoos.

7) Ben Pobjie’s Wonderful World of Objects is a blog I discovered through Sydney Writer’s Centre and it’s become a new favourite of mine.

8) This is an awesome book review blog and I most especially like the most recent post on the Writer’s Festival.

9) I love the daily big idea, along with all the little videos on Big Think.

Read anything good yourself?

Next to my bed you will see:

– 2 x Moroccan style baskets from Ikea. One is filled with cosmetics and the other with hair ties

– A beautiful book about things to do in the Blue Mountains

– The Lonely Planet guide to Europe

– A fraction of the whole and Jasper Jones, the two next books on my reading list

What’s beside your bed? Ian’s beside table has only one book and then a tangle of cords and chargers. 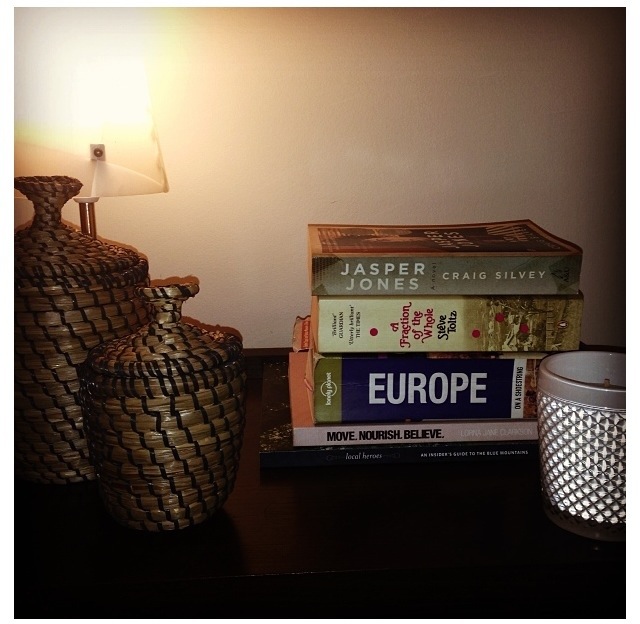 He is radder than rad. The bees to my knees. My favourite. My best. My everything.

If you told us 17 years ago that we would end up living happily ever after, neither of us would have been surprised. We always knew.

1 June also happens to mark the one year anniversary of us being Mountains people. I miss the city more than I imagined I would but I sure do love my home. And the person I share it with. 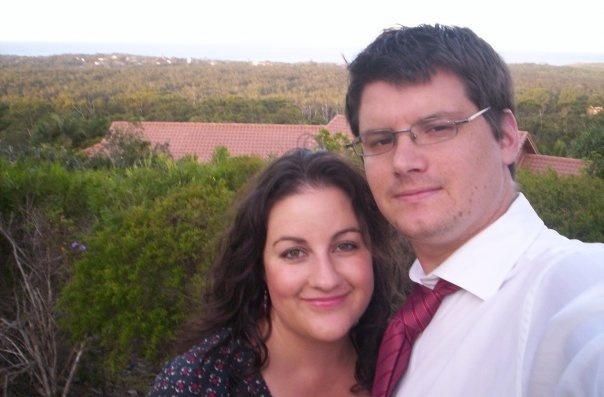