I never thought it would happen. But after making wonton soup a few nights ago, I feel kind of done with dumplings. Just for a little while.

It’s not that they are hard to make – because they aren’t at all. I’ve just eaten an awful lot lately. There was the dumpling party I had with the girls a couple of weeks ago, then a few back to back yum cha sessions. And then this soup.

This soup is seriously delish. So although it pushed me to my dumpling limits, I thought I’d share the recipe. It’s from Donna Hay’s Modern Classics.

Method:
1) To make the wontons, combine the pork, onion, ginger, hoisin sauce and seaseme oil in a bowl.
2) Mix the cornflour and water in a small bowl.
3) Place 1 teapoon of the pork mixture in the centre of the wonton wrapper.
4) Brush the edges of the wrapper with the cornflour mixture, then takeone corner over to the opposite corner to form a triangle. Pleat and press to enclose the filling. Repeat with the remianing wrappers and mixture. Set aside.
5) Place the stock, water, soy sauce, cooking wine and ginger in a large saucepan. Bring to the boil and then reduce the heat.
6) Add the wontons in batches, cooking for three minutes or until they float to the surface.
7) Return all the wontons to the pan, along with the choy sum and cook for 2-3 minutes or until the greens are tender. To serve, divide the wontons and greens between bowls and pour over the soup. 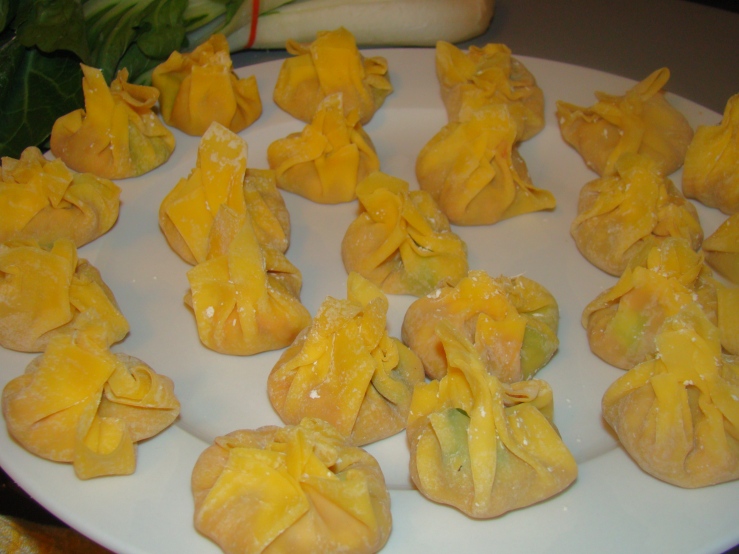 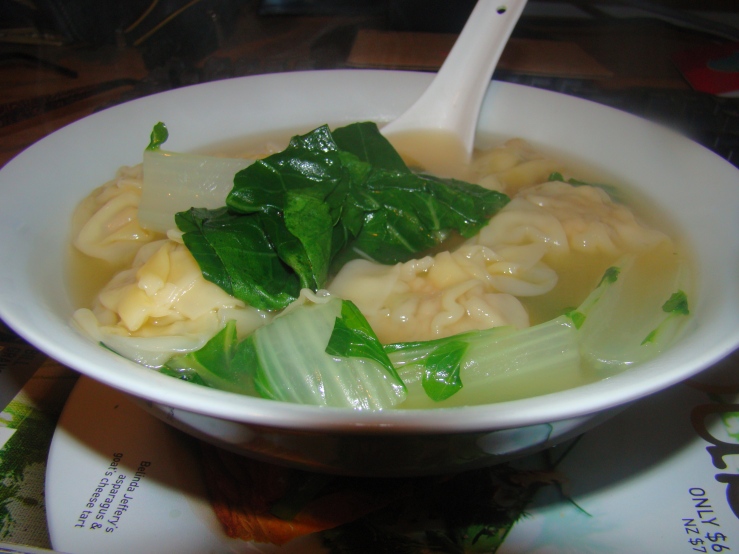